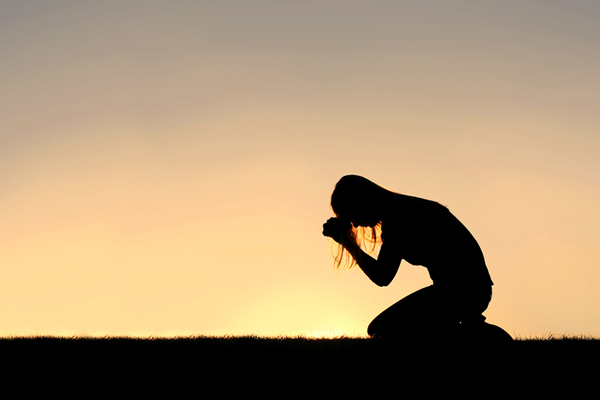 When I was twelve years old, I visited Jerusalem. In my ignorance I thought that going to the Holy Land would get me a little closer to Jesus. I was wrong. When our family arrived at the tomb, I was dumbfounded. I expected to see something but there was absolutely nothing to see. Jesus’ body wasn’t there. We had travelled for days and queued up for hours to see zilch. The tomb was empty, just a barren rock hewn cave. But that’s the whole point. He had risen, just as He said He would.

It’s different with other great leaders. Their corpses testify to their mortality. If you go to Moscow’s Red Square, you can see Lenin’s body preserved in a tomb. In Hanoi, China, you can stand in line to view the remains of Ho Chi Minh and the mummy of Tutankhamen is still lying in the original tomb in Egypt. That’s to be expected. We know that death is irreversible. But it was different with Jesus Christ. There are no remains to be seen in Jerusalem. In fact there are no remains to be seen anywhere. Against all odds the irreversible was reversed!

The evidence for Christ’s resurrection is overwhelming. “After his suffering, he showed himself . . . and gave many convincing proofs that he was alive” Acts 1:3. In fact after rising from the dead Jesus made approximately a dozen flesh and blood appearances to a total of more than five hundred people.

Christ could always prove His identity. To a sceptical disciple He said, “Put your finger here; see my hands. Reach out your hand and put it into my side. Stop doubting and believe” John 20:27. And to “the Eleven and those with them” (Luke 24:33) He said, “‘Why do doubts rise in your minds? Look at my hands and my feet. It is I myself! Touch me and see; a ghost does not have flesh and bones, as you see I have.’ When he had said this, he showed them his hands and feet.” Luke 24:38-40.

Yes, the cross is incomparable but the cave is indispensable. For without the cave there would be no Easter and no Christmas. No Lord - no faith. No Saviour - no hope. Nothing but futility and emptiness (cf. 1 Corinthians 15:32). That’s what Paul meant when he said, “If only for this life we have hope in Christ, we are to be pitied more than all men” 1 Corinthians 15:19.

“But thanks be to God! He gives us the victory through our Lord Jesus Christ” 1 Corinthians 15:57. The hope that Jesus gives goes beyond the grave. “Christ has indeed been raised from the dead, the firstfruits of those who have fallen asleep. For since death came through a man, the resurrection of the dead comes also through a man. For as in Adam all die, so in Christ all will be made alive” 1 Corinthians 15:20-22.

There you have it. “The empty cave is the reason my life is so full today - full of life and audacious laughing” Jill Briscoe. For “even in death the righteous have a refuge” Proverbs 14:32. As Christ rose from the dead and lives forever, so will the bodies of believers be raised from the grave. Hallelujah! This is the unshakeable confidence that believers have because of the empty cave.